The military importance of the port of Mahón has been well patent for centuries, especially since the 16th century, when political constraints made it a maritime stopover for the connection between the Spanish Crown and its Italian possessions. Later, during the British rule of Menorca, it was the port of support for the English Mediterranean squadron to become, finally in the 19th century, at the crossroads of the French route from Toló-Algiers with the English Mediterranean route from Gibraltar to Malta.

The size of the port, its draft and the protection from the prevailing winds of the western Mediterranean, made it one of the best in this sea, according to the well-known phrase of the Genoese admiral Andrea Doria “Julio, Agosto and Puerto Mahón, the best ports in the Mediterranean are “. This was so, above all, at the time when sailing sailed the seven seas and the movements of these ships allowed the port to host the largest fleets of those times. 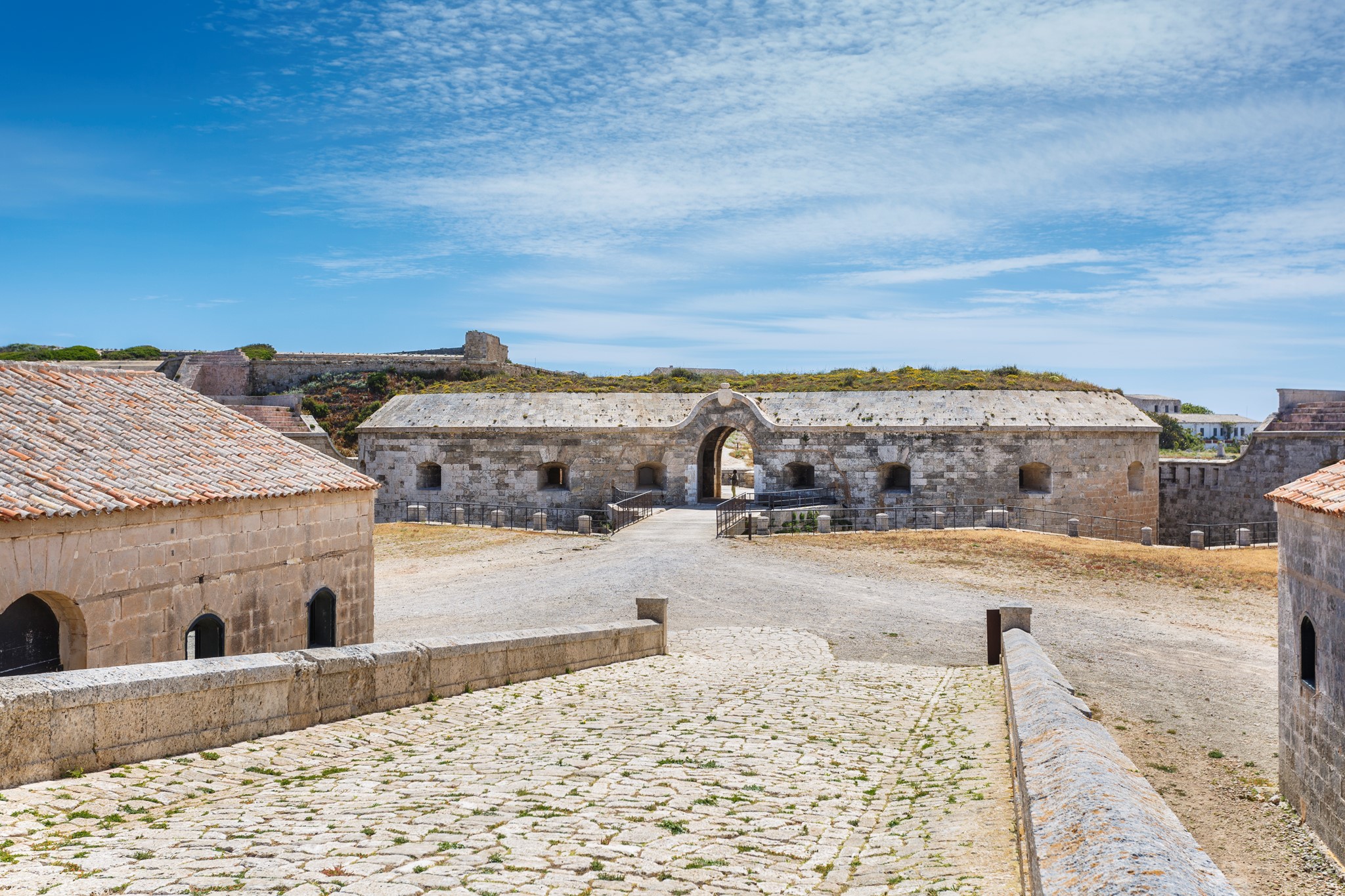 This condition of the port of Maó was recognized and underlined by the fortifications that were erected on both sidewalks of the port entrance from early times, on the southern side first with the castle of San Felipe, from 1555, and then on the sidewalk north, since 1848, or even earlier.

The castle of San Felipe, designed by J.B. Calvi in ​​1555, was expanded several times in the Spanish period (1555-1708), and with the arrival of the English in 1708 it was reinforced with a series of works that formed a double defense enclosure, and also built Fort Marlborough, in the south sidewalk of Cala San Esteban.